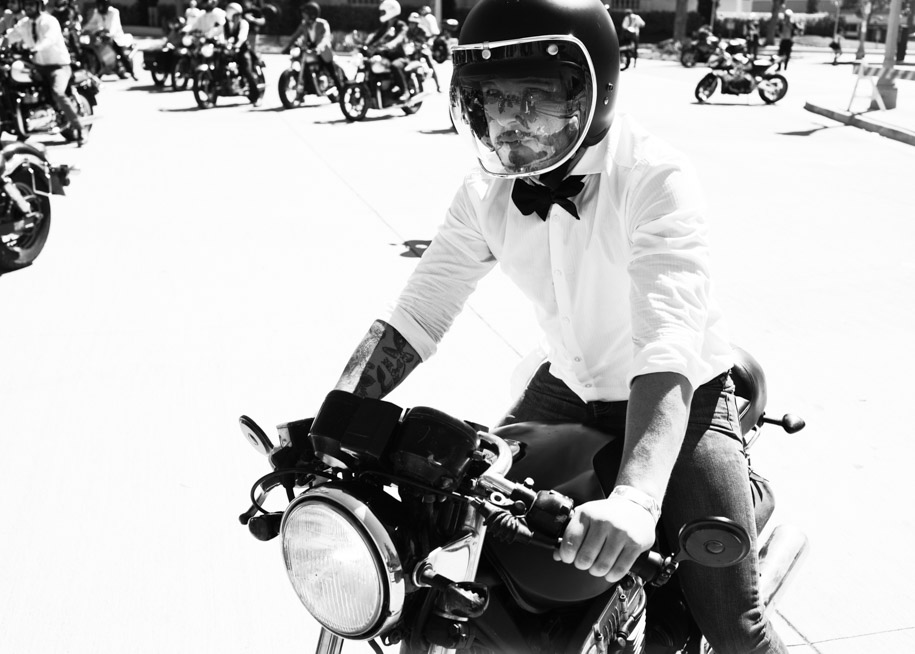 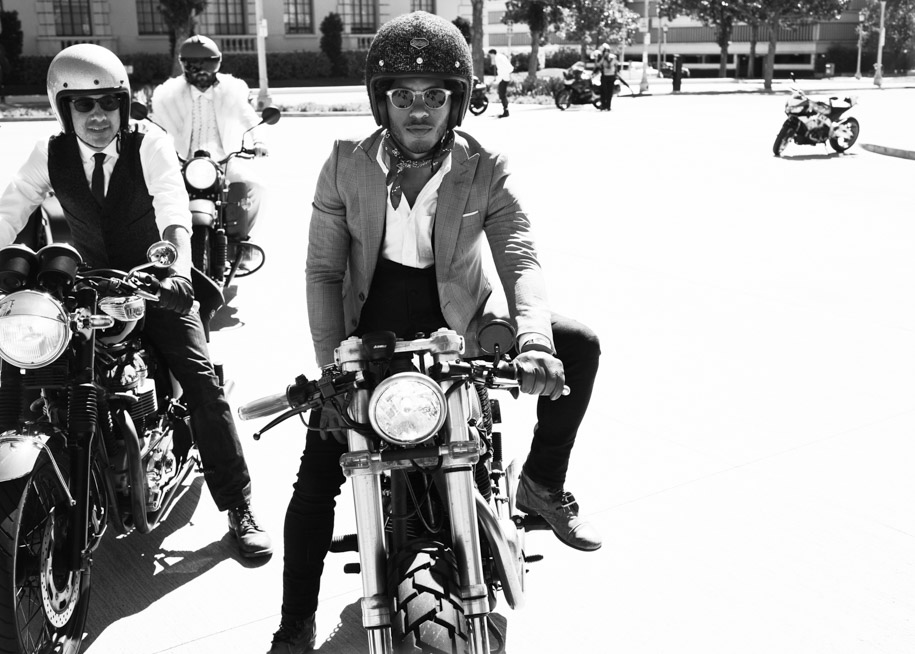 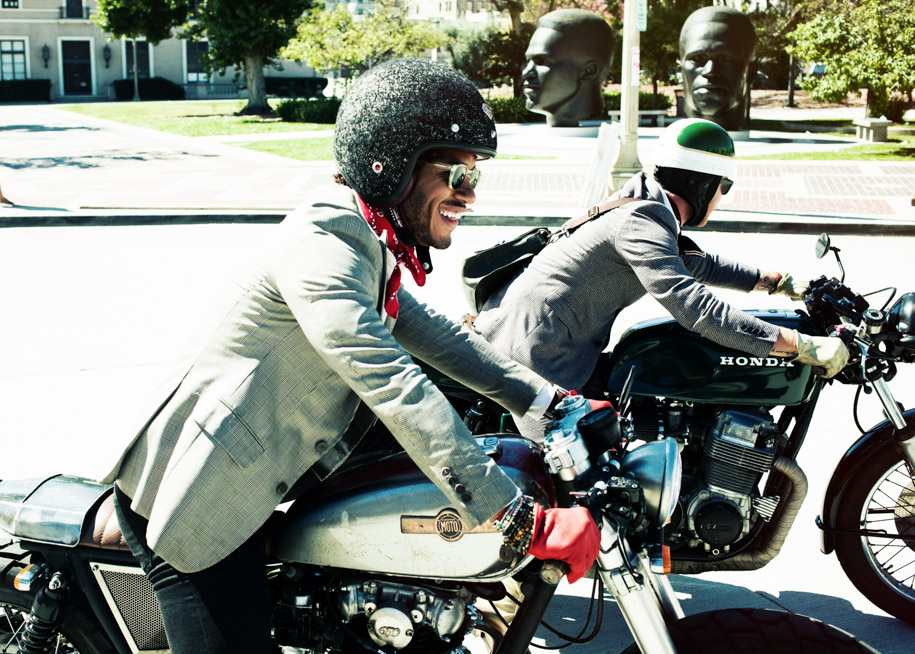 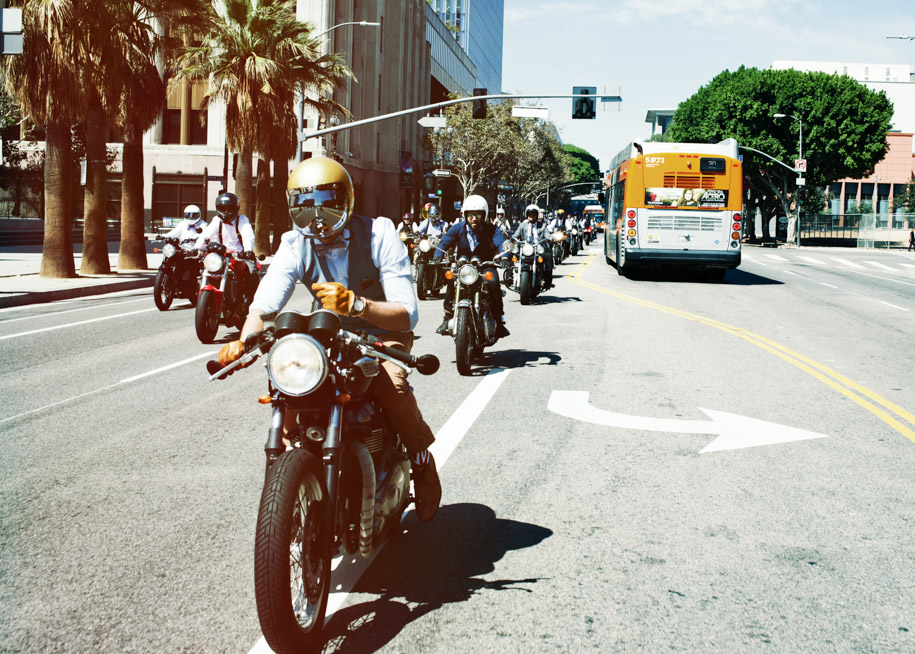 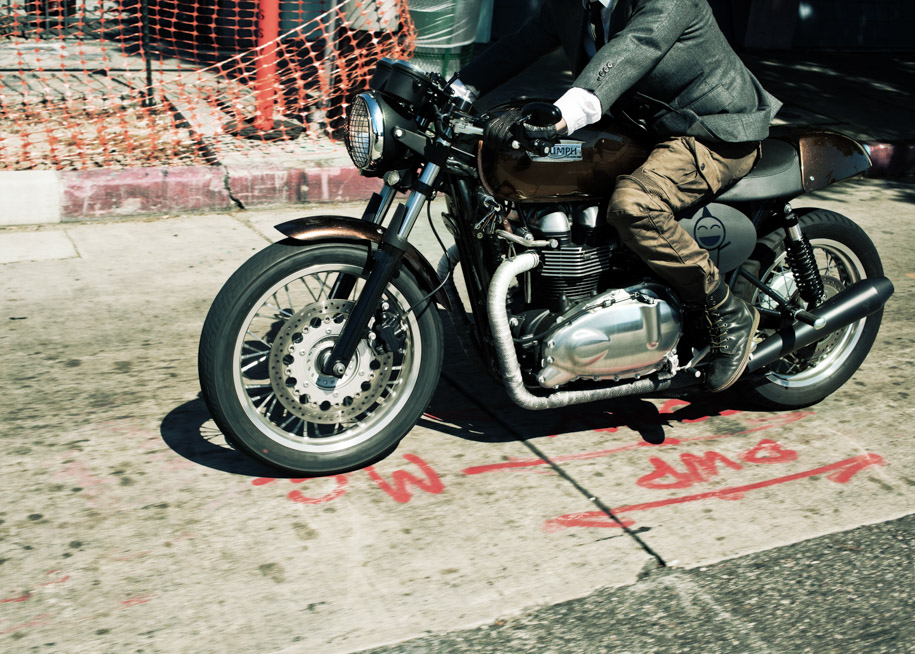 “Love is the feeling you get when you like something as much as your motorcycle.” -Hunter S. Thompson

When an individual is presented with the idea of a “motorcyclist”, a flurry of stereotypes and preconceived ideas can overwhelm ones mind. There is the bad boy aesthetic, the rebellious outlaw, the super-bike street racer, the Redbull-motocross thrill seeker, or maybe even the midlife crisis father. Like any culture, the motorcyclist community is composed of a variety of individuals with many different interests and backgrounds, creating large groups of various sub-cultures. However, there is one motorcycle community that has endured since the conception of a combustion engine on two wheels. Never drawing attention to itself, quietly thriving in a dignified existence just outside the fringes of popular culture, lies a cultural movement that goes back as far as the 1890s when every rider’s attire was a three-piece suit. This movement is known simply as the Gentleman Rider.

Steve Mcqueen, Paul Newman, James Dean, Marlon Brando, even David Beckham, are just some of the few that embody this “Gentleman Rider”. Crafted in the finest leather and silks, saturated in sweet and savory musk, and accented in just about every way you always wanted but never realized until you came across one of these magnificent riders. Jewels of the road, enhancing the world we drive in with their tailored suits and hand crafted shoes. The gentleman rider neither tries too hard or too little. He creates a disheveled elegance that exists solely for his individual satisfaction.

The gentleman rider neither tries too hard or too little. He creates a disheveled elegance that exists solely for his individual satisfaction.

One of the largest gatherings of Gentleman Riders occurs once a year, meeting in over 500 hundred cities and in over 90 countries, this global phenomena is known as The Distinguished Gentlemans Ride or DGR . Founded in Sydney Australia, the DGR is an effort to combat the often-negative stereotype of men on motorcycles, while connecting the niche motorcycle community together. The event isn’t just a social gathering to celebrate the culture of pristine facial hair, bow ties, and vintage motorcycles, since its conception in 2012 the foundation and its riders have raised over $3.8 million dollars in the name of mens prostate cancer and research. This year’s ride took place globally on September 25th but incase you missed it fear not, this movement’s popularity and attendance has grown exponentially since its conception and promises to be even bigger next year.

Regardless of your style or culture of riding, if you consider yourself a gentleman and take pride in the finer things in life, a motorcycle will always be a symbol of freedom and an opportunity for adventure. More than a mode of transportation, it is a noble companion that shares your outlook on life and connects you with all those who ride with you and rode before you.

a motorcycle will always be a symbol of freedom and an opportunity for adventure. 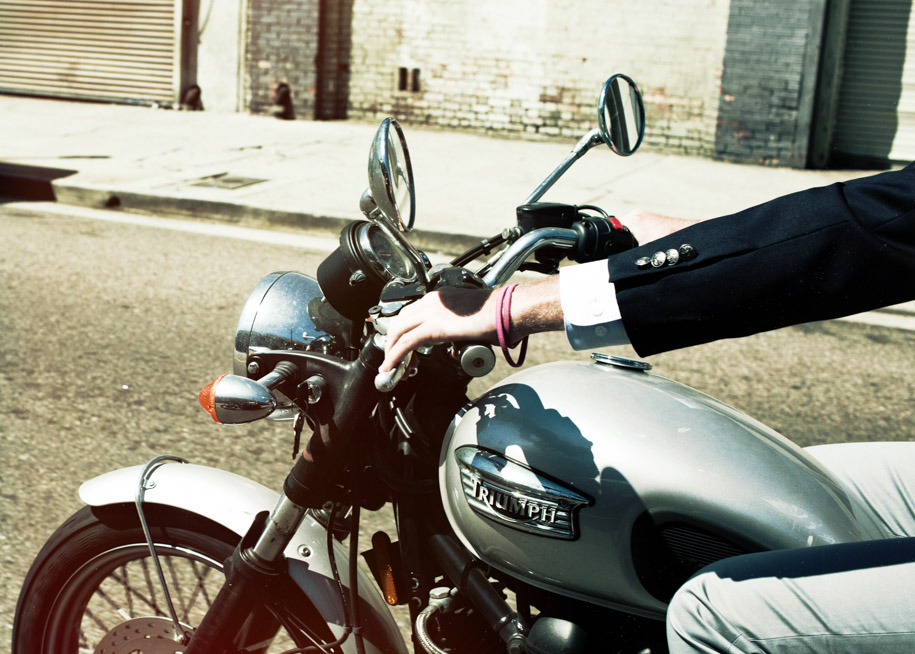 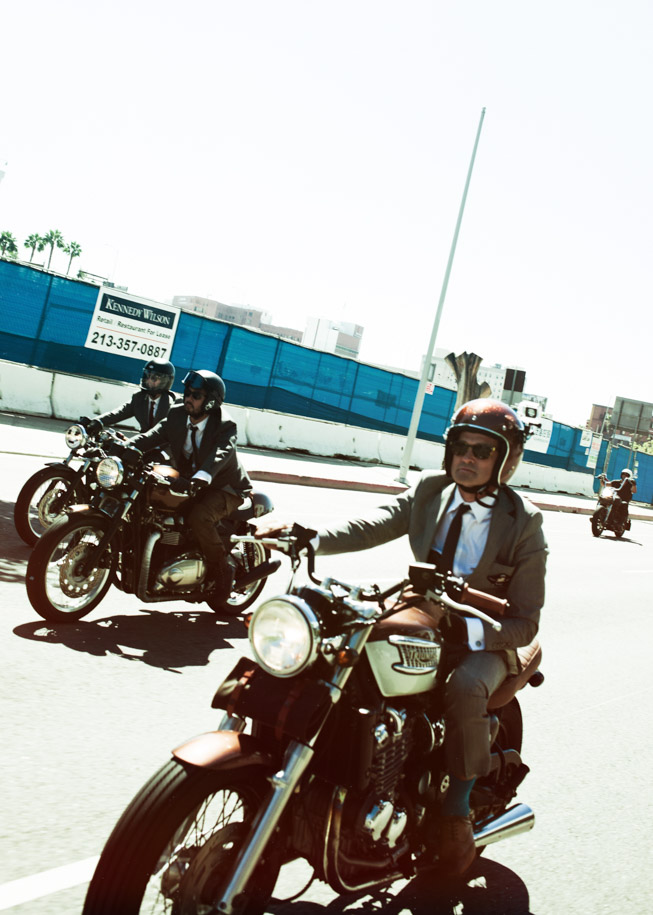 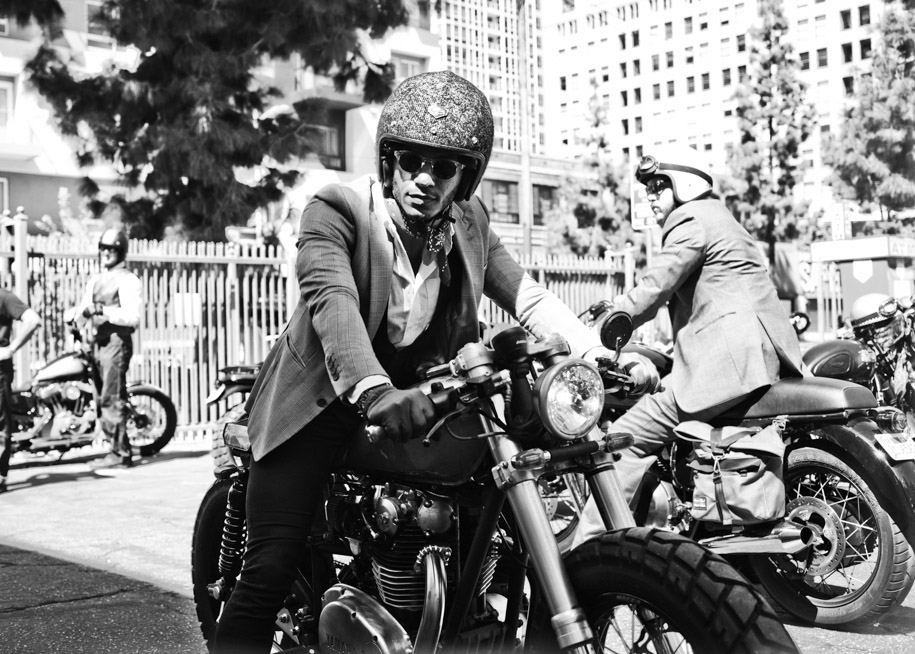 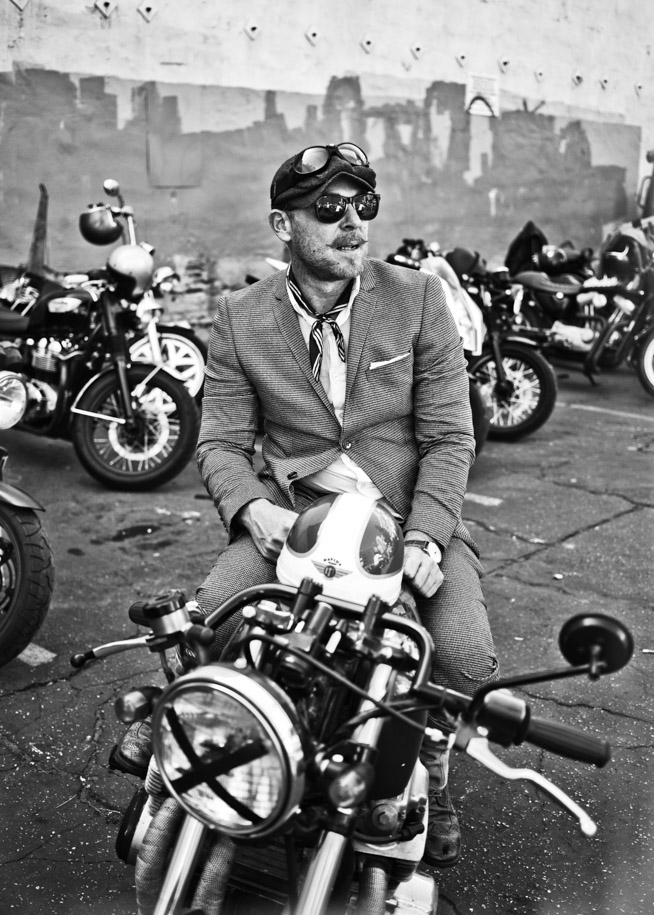 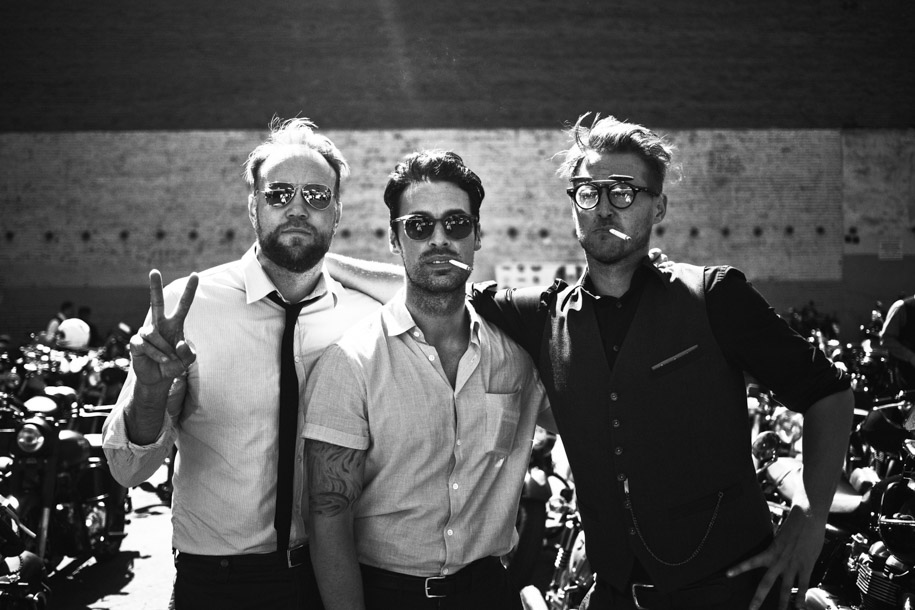