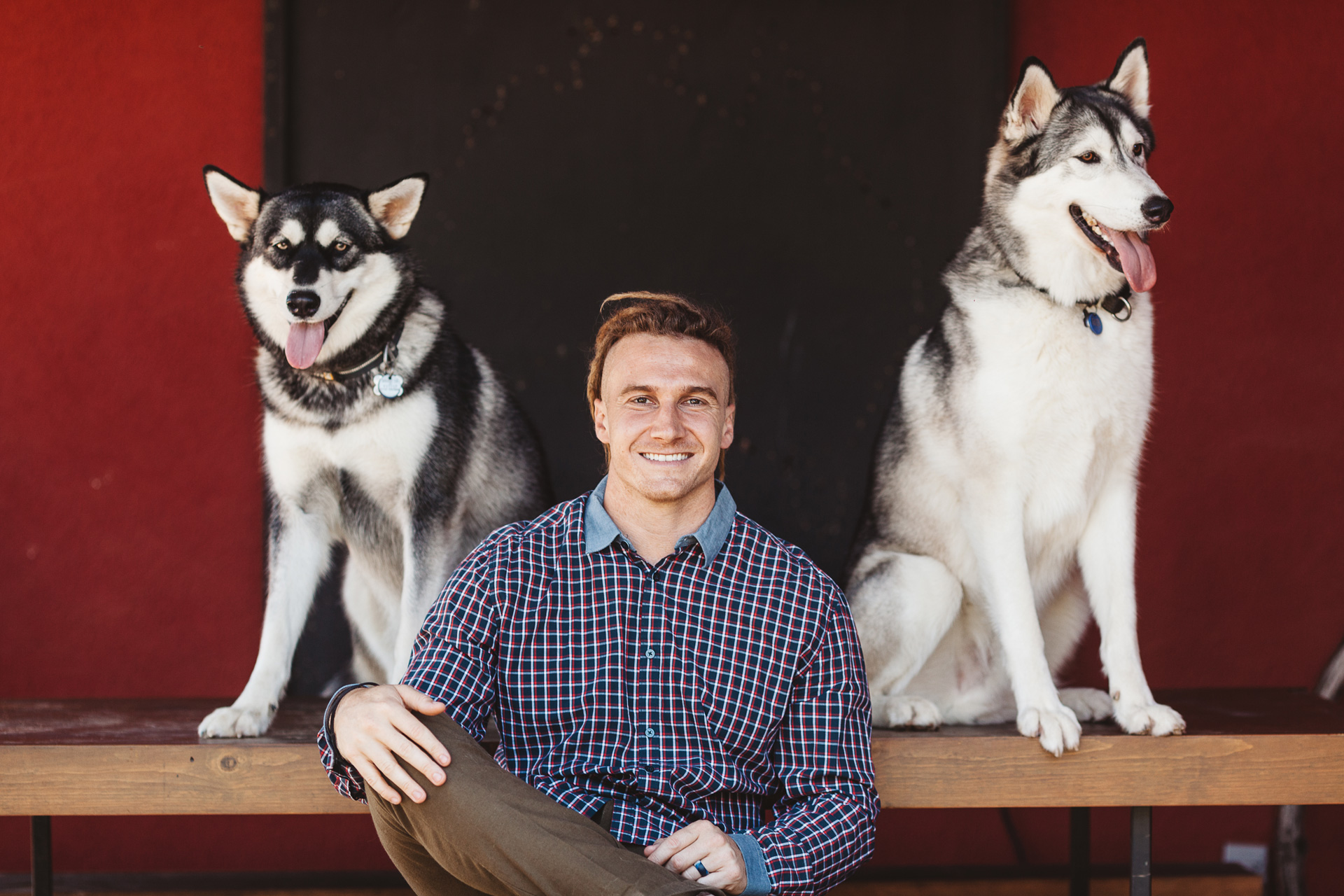 In the span of four short years, KC Holiday, President and Co-Founder of QALO rings, transitioned from bartender to owner of a multi-million dollar business with a great mission for the common good.

Founded out of a restless desire for more, QALO has grown into one of Orange County’s most influential lifestyle brands: representing adventure, commitment, and an elevated quality of life. Husband, father, and leader, KC is a man of raw substance. He invites his customers to experience a shift in identity as they life in community, with purpose, and fight for the causes they believe in.

What’s your personal story? What prompted you to start QALO?
Both of my parents were entrepreneurs growing up, so I had the opportunity to witness them in that grind. I always felt like I kind of had it in my blood—wanting to be an entrepreneur and create something that had meaning. I went to college at TCU and was there for 2 years. I left and came back to OC and went to firefighting school for a year, realized that I didn’t want to do that, and then tried to work in the film and television industry.

I found myself in L.A. bartending, and I was consistently showing up to work for other people but not leaving feeling like I had accomplished what I was intended to do—that purpose that comes along with everybody. So when I got married, now I had someone that held me accountable and somebody to be purposeful for outside of myself. About a month into marriage, I realized wearing a wedding ring is kind of a pain. It’s one of those things where it represents something that’s so meaningful to people, and I love what it represents, but after a month I was taking it off to do this and that. I thought, “It doesn’t make sense that we wear something every day for what it represents but have to take it off for the things that we love doing. There’s got to be something else out there.” And then my now business partner, Ted, who ran the restaurant, asked, “Is your ring a pain in the butt?” And I said, “Yes, I was just thinking that! Is there anything else out there? Let’s find it, because I’ll wear it!” And there wasn’t. That was the moment where we were like, “Let’s start something.”

What’s your product philosophy, and how does your product mirror that?
The philosophy behind QALO was to be able to provide people the opportunity to represent a commitment that means so much to them 24/7. When we started, we didn’t really have an understanding of the communities that exist where wearing a wedding ring means so much more to them than the normal person—the people who go out everyday and put their lives on the line, like the military, police, and firefighters. It has so much more significance to be able to wear it because it reminds them of the people that are important to them. That’s what’s cool about QALO; it sends a message of the type of life that you lead, and that you also care about living life to the fullest, being adventurous, and being healthy. We want QALO to create a community of people that are proud to represent the things that mean the most to them. So if you look down and see QALO on someone’s hand, you know what they value without ever saying a word to them. 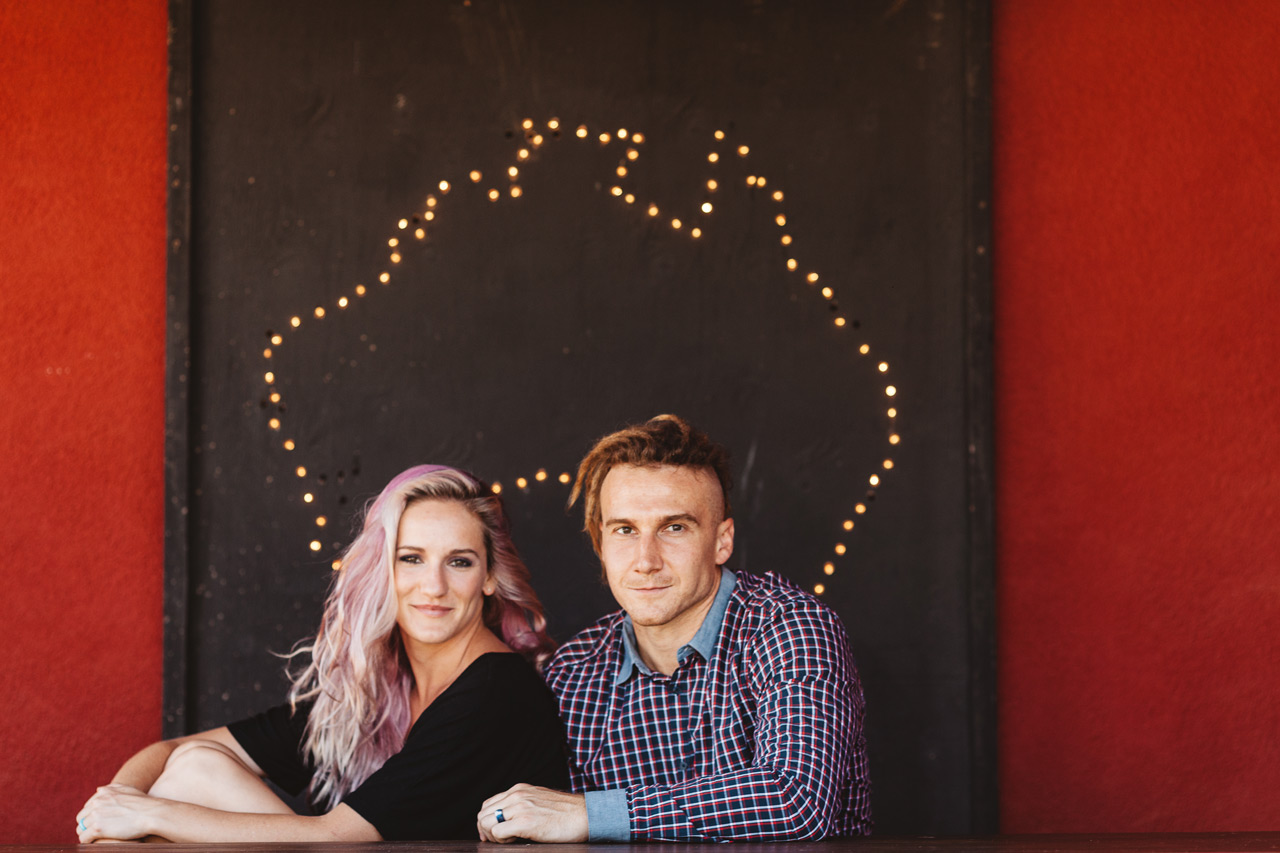 Talk about the marriage of your personal values with your product and business model.
To me, growing a business brings the values that you thought you had to the limelight and really challenges them. I wanted to make sure that regardless of how successful it got, was that I stayed the same person and valued the same things in life. The driver behind my product is ultimately about my why as a human being, even before the why behind my organization.

You’ve taken what is typically a luxury product, pushed its limits, and made it available to the athlete, the craftsman, etc.. How do you take your product, and make it a vehicle to serve and love people?
Now days, people are truly appreciating community and simplicity. QALO creates a really cool opportunity to create a community that is real and authentic. I want to feed back into my customers, I don’t want to just take from them. We give 20% back to the National Fallen Firefighter Foundation to support their families, and to 24/7 commitment, which is a support group for married couples within the firefighting committee. The divorce rate in the firefighting community is through the roof at 70% and it’s because of the stress that comes with the job. We also give to barbells for boobs, a breast cancer charity, and then we just came out with the AVA ring which goes back to a charity called Never Ever Give up for kids in long-term hospital care who are fighting cancer.

What are some ways you want to continue to exercise generosity in your life and business?
If anybody tells you they can’t improve in generosity they’re out of their minds, right? As a business, we can do the same, and often times people get caught up thinking generosity is limited to a dollar amount. Time is also something that can be way more valuable than any dollar amount you can provide. We want to improve by asking ourselves, “How do we as a team give our time to organizations and be able to give back not just with our funding, but with our hands?” If you’re constantly in pursuit of ways to build yourself up, be it through power, fame, your business, you’re doing it wrong. If we can have more people in a business trying to descend into greatness within the business, my goodness, what kind of impact could you have? So it starts with me as a business owner, and it starts with my partner Ted. We have to make sure we lead by example within the framework of our business. One of the best pieces of advice that I’ve gotten from a business owner was, “I wish that I was more generous while I was there.” So regardless of whether QALO becomes an insane success, or nothing happens and a year later it’s gone, I want to look back regardless of the outcome and say, “I did it right, I was generous, and I gave what I could in the time that I had.”

As a founder and president, talk about how you give back and invest time and resources into other businesses, startups, or founders…
It’s SO valuable. There is so much that can be said for surrounding yourself with people that can make you better, but then also feeding into other people as well. You learn a ton from teaching, and you learn a ton from being taught. I wake up every day and I have no idea why I’m in the position that I’m in. I truly believe that it’s to take what I’ve learned and give it to other people to further 1: the kingdom and 2: to further people as individuals and help them do incredible things. I’ve made so many mistakes, how can i stop other people from making the same mistakes? How can i set others up for success? I began looking for places to invest in where I could take what’s in my brain and share it with other people, and I found Wayfare Labs. Because ultimately it’s not about me, it’s about what’s happened to me and how I can share that with others. So I’m super grateful for the position that I’ve been put in, and I’m always in pursuit of people I can pour into. I also think it’s important to have a network of people that are similarly minded to us. So if you’re an entrepreneur, surround yourself with people who are going through the struggle. If you’re married, surround yourself with other married couples. 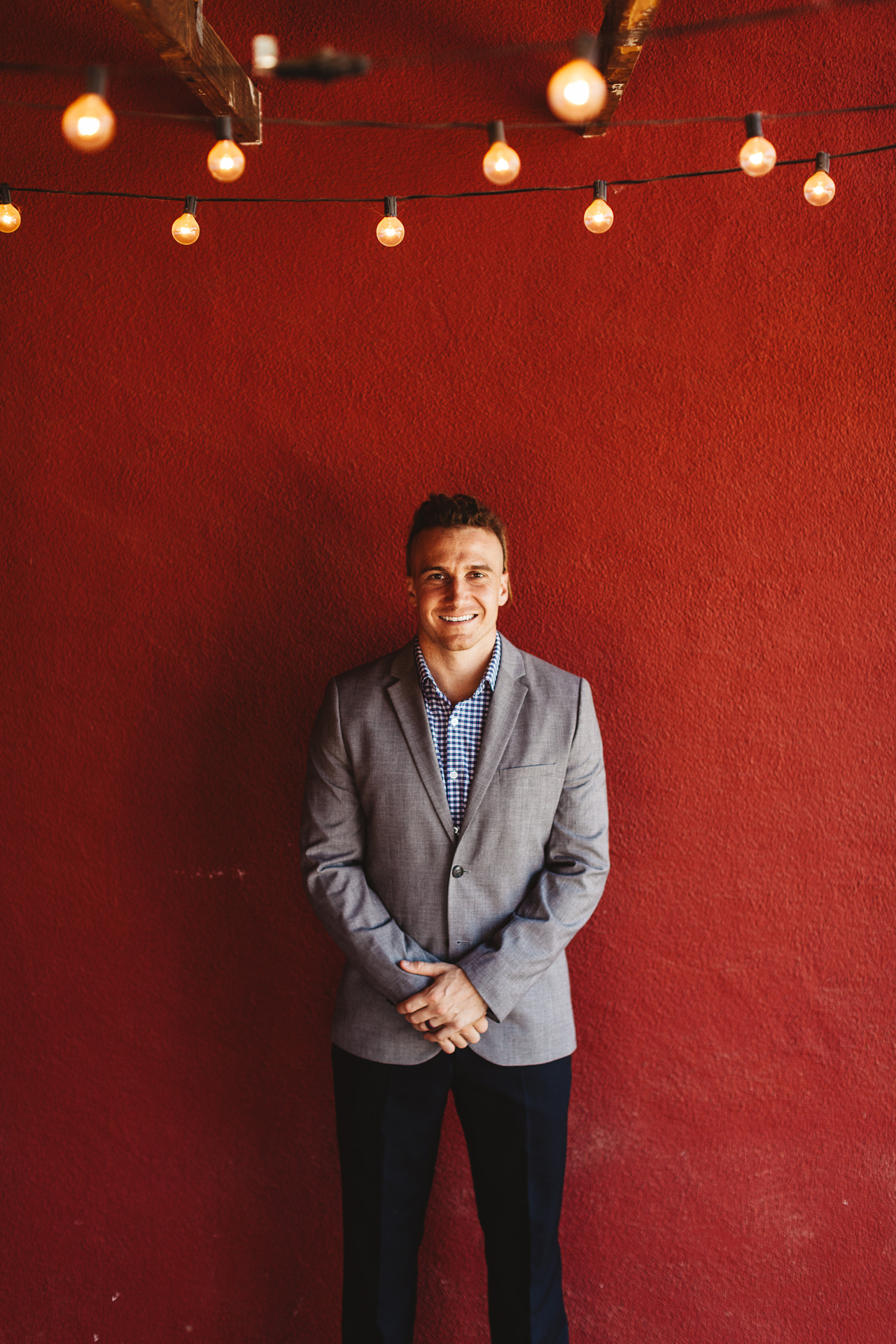 Can you talk about your long-term vision?
I think it goes back to maintaining who we are as individuals, maintaining generosity, and finding ways to provide a vehicle where we can give back and provide community. Marriage was the initial foundation of our company, and from there we began to represent a certain lifestyle: it isn’t the rat race, it isn’t about being miserable, it’s about pursuing your dreams and going after the things you want to go after. We’re moving towards a direction and asking how we can create a community that inspires commitment. Building on the foundation of marriage, and expanding it to people who have made other commitments, and making sure that people aren’t excluded from a community of people that are in pursuit of this ‘all that life has to offer’ mentality. We want to create this community of people where if you’re wearing QALO it says something about you and you’re stoked to tell people about it. From a business standpoint it’s just to make sure that the people that exist within our business are living that same life and show up to work every day, grateful for the place that they work and are grateful that the people that they see as the leaders of the business. I want QALO to be an outlet for people that truly encourages people to pursue something that they maybe wouldn’t have prior.