Good Taste: Adam Richman, the Gentleman of the Food World

Just as  much at home on the streets of Brooklyn as he is judging the finest culinary competitions, Adam is both infinitely admirable and instantly charming. Before of the Greenwich Food + Wine Festival, he sat down and spoke with us about his inspiration and his style. 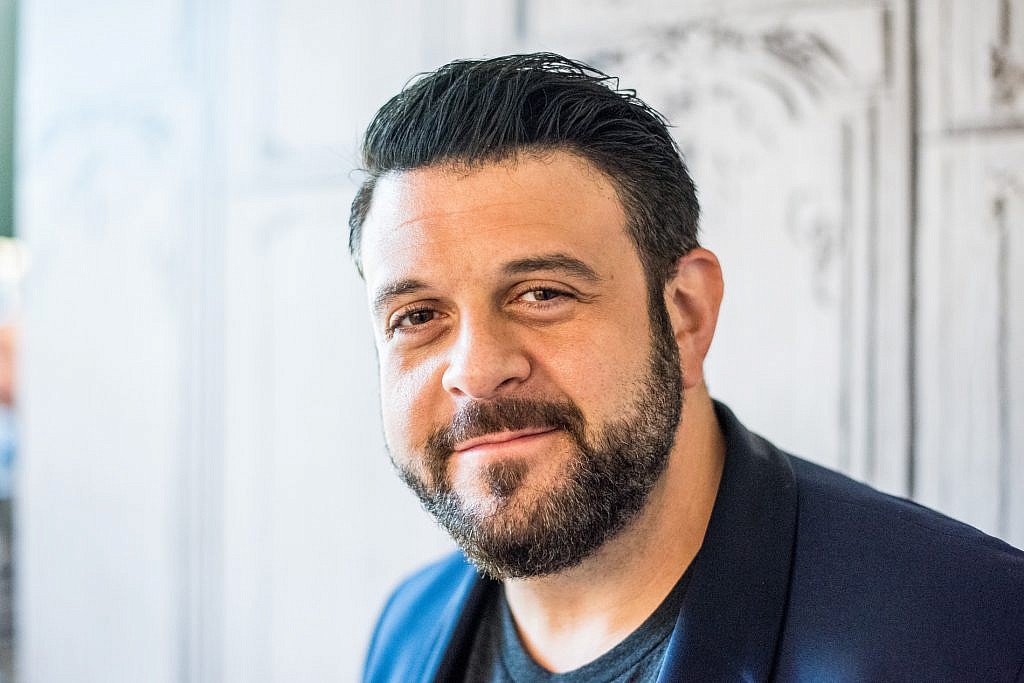 We know you’re on the east coast for the Greenwich Wine + Food Festival. What’s on your plate for the weekend and what makes this festival special?

New York, London, Los Angeles, and Chicago oftentimes get lauded as culinary meccas because the size of the city, but Greenwich is not a known commodity. Yet it’s barely a couple hours drive out of New York City and has a broad culinary variety with so much to offer, so it’s a hidden gem. Also, the bigger food festivals – and I take part in them and don’t malign them at all – it’s easy to get lost in there. They’re multi-venue, massive events and there are so many things going on at once. The thing that I love about Greenwich is that it’s all contained in one place, so it has the high-end food, wine, competitions, interviews, and cooking demos, but it’s all in one place so it has the joyousness of a gathering.

You’re arguably most well known for your hosting gigs on shows like Man V. Food and Food Fighters. What drew you to television and particularly, the production and hosting format?

There is a hairline difference between acting and performing and I found that I really and truly had a facility for performance. I don’t see myself as a host playing a role – it’s just me as me, turned to 11.

As a host, I have the ability to stay true to who I am, while using that as a means of conveying information. I love that mantle of responsibility. I am your eyes and your question box, so if I am rude, or boorish, or insensitive – the audience will never accept me as a cypher. I love the fact that I’m going to ask the questions you want to ask, I’ll crack the jokes you want to make. I quite love that there’s a kind of humility and being the information conveyance.

You’ve also carried that ability to perform and to relate to people to writing – you’ve written two books – Straight Up Tasty and the guide/history focused America the Edible. What made you want to write and how did you find that process, in relation to your TV work?

I’ve always been writing – I won some national writing awards when I was in junior high and studied creative writing pretty extensively – so I always knew I had a facility for it. I wanted to find a way to combine the culinary anthropology that helps me as a traveler enjoy a city more with my own personal history, which reveals a more of who I am. I want other people to have the same experiences I did, or at least be able to lift the experience off of the page

I think it would be very disingenuous of me to start doing things with tweezers or foam or emulsion so I just said: “I’m going to keep it real.” That’s why Straight Up Tasty is not only the title but the ethos.

One of the problems, if you teach stuff that gets lauded in “bro culture,” if you would, is that people inevitably will think you’re a caveman. I think you have to remember that it’s just food. What ends up happening is some people don’t want to see you as someone with a life and a mind – they want you to be the eating machine of Man Vs. Food. So I find that the books allow me to show I have some intellect and merit as a writer, without being too pretentious and alienating my core fans.

Is that balance between authenticity and perception difficult?

Yes, sometimes. They always say “know your room” and I think that’s the most important thing. I had a guy tell me once on Twitter tell me he was going to unfollow me because I had started wearing ties. You’ll never please everybody and I think there are some people – whether they have an association with people who speak French or who wear ties – that pass it onto me, and it’s really just unavoidable. The best thing I can do is be kind and be open and be true to who I am and hope people come along with me. So I do find it a bit of a tightrope walk and sometimes I’m better than others but the best thing you can do is learn from your missteps and be better next time.

There was the Brooklyn of the Dodgers and trolleys, then there was the Brooklyn of MTV where it was super cool and trendy – I grew up in the period between the two. And that was the “real Brooklyn” – it was this place, devoid of pretense where people loved and lived and ate with passion and gusto because that’s all they had. I came from a working class – my dad was a neighborhood lawyer, my mom became a schoolteacher after my parents divorced – and I came to appreciate “real.” I think that’s maybe what people feel in me when they watch me on camera because the idea of pretense or of putting in airs was not acceptable. 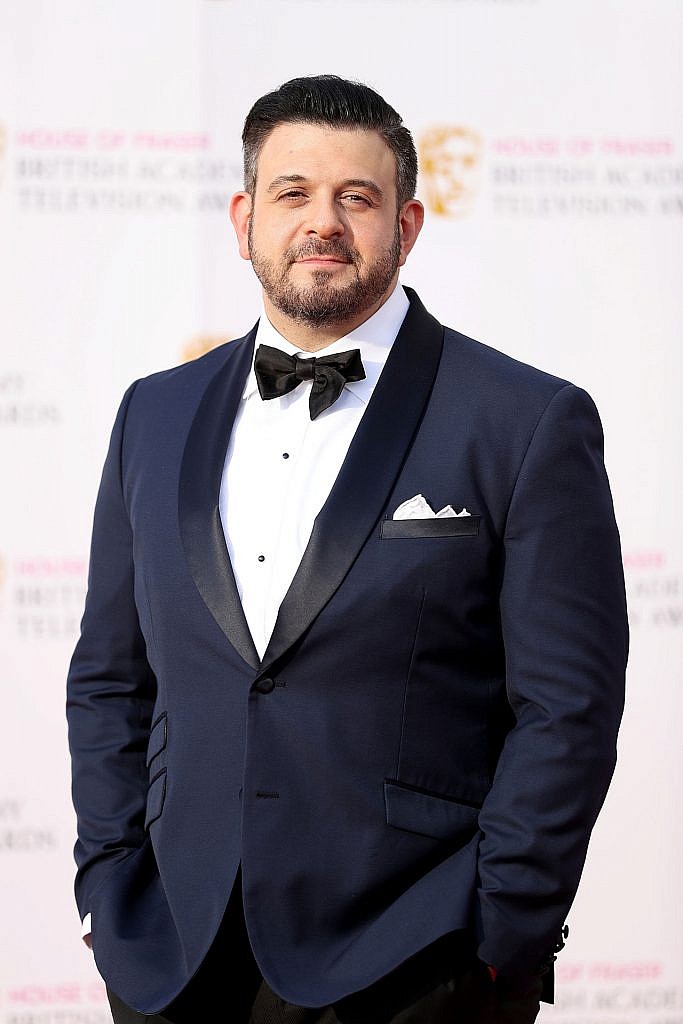 It’s a pretty big transition from Brooklyn to Yale, where you attended drama school – what was that like?

When you come from struggle, as a single parent family is bound to, and then you go to a place like Yale, it’s a bit of a shock. Because of that oversensitivity because of that tendency to micromanage and over analyze, it gave me a heads up that this is the type of scrutiny you will be under, so you will either thrive under it, or you will not work. I had to realize you need to embrace this, you need to get your training and then you need to get back home and get to work – and there are few things more Brooklyn than that.

So you’re done with Yale, it’s time to “make it” and you’re on the come up. What jobs did you do then and how does it inform your attitude and outlook?

I did a lot of stuff within the restaurant industry – everything from hosting to cooking in the kitchens to counter server. When you’ve worked in kitchens, and then you have to start filming in them, you’re sensitive to what the other people need. So if I see that we really shouldn’t film here because this guy needs the room, I can see that pattern happening I can be more sensitive to it

You’re very vocal about style on Twitter – especially about your love for sneakerhead culture. How do you view style and how does it affect you, personally?

I always say “bespoke b-boy” is probably the closest to me. I love that sort of British men’s style – impeccable tailoring with flourishes of color – and I love modern streetwear style, as well as that sort of rugged Americana. There’s a line that Ralph Lauren has right now called Double R that I love – so I think it’s a mish-mash of street style and sartorial polish that I like. I like a well-made suit, I like a bespoke suit but I can also appreciate a great pair of Jordans, or a really cool t-shirt or a really cool bomber jacket. When I do all my shows, I go to five of the same types of places in each city – a comic book store, a bookstore, a coffee roaster, a record/vinyl store, and a local men’s store – those are the passions that move me. I like nice watches and nice shoes as much as I like dope kicks, but I exist somewhere on that line between them.

You’re very vocal in your work for Clear Path 4 Vets, and Common Ground. What about these causes speak to you and how do you see your role in helping this cause?

In a time of such profound national divisiveness, we don’t realize how lucky we are to be in a country where we can express our views, criticize the government, and meet with a politician to let them know what we think of them. Similarly, the freedom that I had to pursue an arts education, without ever having picked up arms in the field of battle, that was not for free. That was hard won on the backs of men and women who made sacrifices beyond my wildest imaginations. So I feel that though I didn’t serve, my service to the veterans is my service.

And for Common Ground – I found out 1 in 6 kids at or below the poverty line can’t identify broccoli and that was harrowing. Common Ground seeks, through culinary education, culinary access, and training to help underserved communities lead healthier lives. I traffic in abundance and indulgence and culinary delights so I can’t turn a blind eye to the fact that there are people who still struggle to put food on the table – eating healthy should be a right and now a privilege. While I’m gleaning a lot from the food world, I’m also giving back.