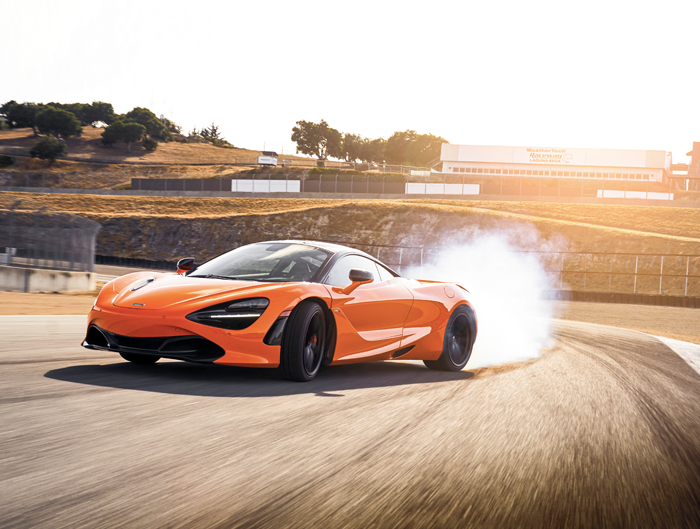 At approach, the McLaren 720S is a car that appears to move even when it’s standing still. Silently cutting through the air in anticipation of the drive, carrying an aggressive stance with wind tunnel sculpted body lines and massive air intakes, it’s a car that begs to be driven.

Pop open the door with the handle integrated into the backside of the air duct and the hydraulic dihedral doors open to expose a leather lined carbon fiber constructed cockpit. Once you enter and lock down the door, you’re transported to the inside of a fighter jet. Everything has its place, its purpose. The controls are all centered around the driver, placed with intent to improve the driving experience and make them feel one with the machine. The full LED instrument cluster in front of you allows you to see as much or as little information as you would like, including a folding F1 style racing display that is automatically engaged in the race mode dynamic setup. 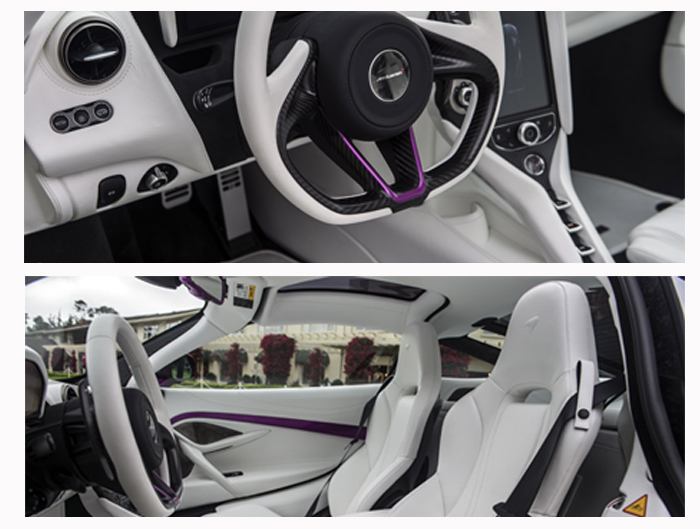 Front and center in the car you will find a larger display for not only the infotainment system but also some track day toys, including a Variable Drift Mode, more on that later. The UX interface provides an intuitive feel and touch with both analog and digital inputs. The start button, decked out in missile control red is directly below the large display and right above the launch control, which primes the turbos during a takeoff. The start button fires up a 4.0 L twin-turbocharged V8 power plant that produces 710bhp and 585-foot-pounds of torque. At idle the short dual exhaust mounted dead center in the rear sounds deep and throaty, yet unassuming. 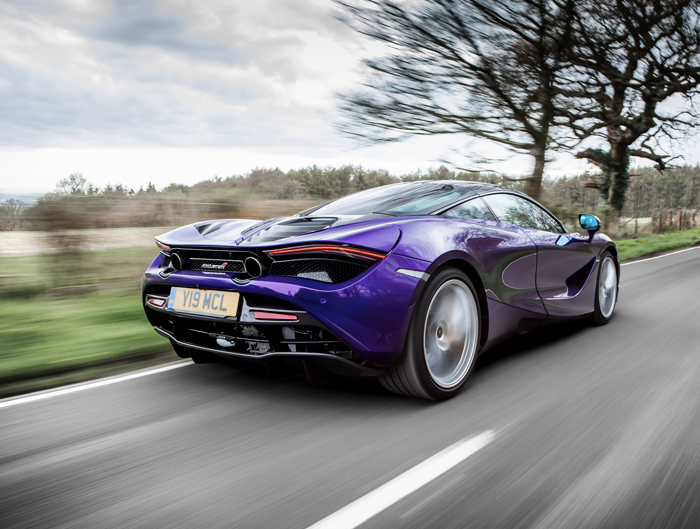 That all changes once you get onto some open road and add a little weight to the peddle — the 720S skyrockets from 0-62mph in mind-numbing 2.9 seconds, and up to 124 mph in just 7.8 seconds. That’s hypercar fast, beating out seven-figure cars like the Porsche Spyder 918 and La Ferrari in a package that is just under $300,000.

All that power is being managed with McLaren’s Proactive Chassis Control II, a culmination of five years of research at the University of Cambridge. The stability control package also includes the previously mentioned Variable Drift Mode, which allows the driver, depending on their desire for adrenalin, to manipulate the stability control to drift the car safely. The 720S is an absolute blast to drive gliding along with endless amounts of power even at lower RPMs. It is a car that makes a driver feel much more skilled than they are, which makes it endlessly enjoyable, don’t ever forget who’s really in control.

Powerful engines and clever suspensions might all have been things you expected to hear about, but the biggest surprise about the McLaren 720S is how practical it is when stacks against its competition. Not only is it beautiful to look at, but has to cold air in the dead of summer, comfortable seats for long drives and can fit more than an overnight bag. Space was the biggest surprise; it almost seemed endless for a car in this class, a larger than average boot, shelf behind the drive for things like briefcases, and even a center console with cup holder and space for odds and ends. 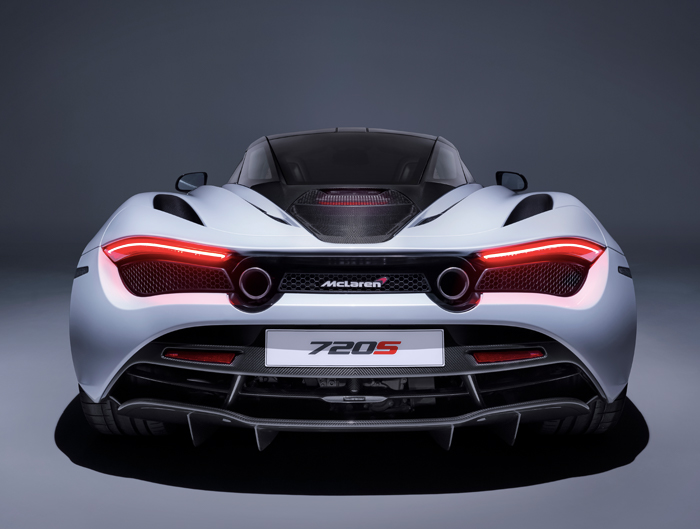 With a car with so much going for it, it’s no wonder the wait list is over three years long. The McLaren racing spirit is alive and well in their production cars, and the 720S is a shining example.