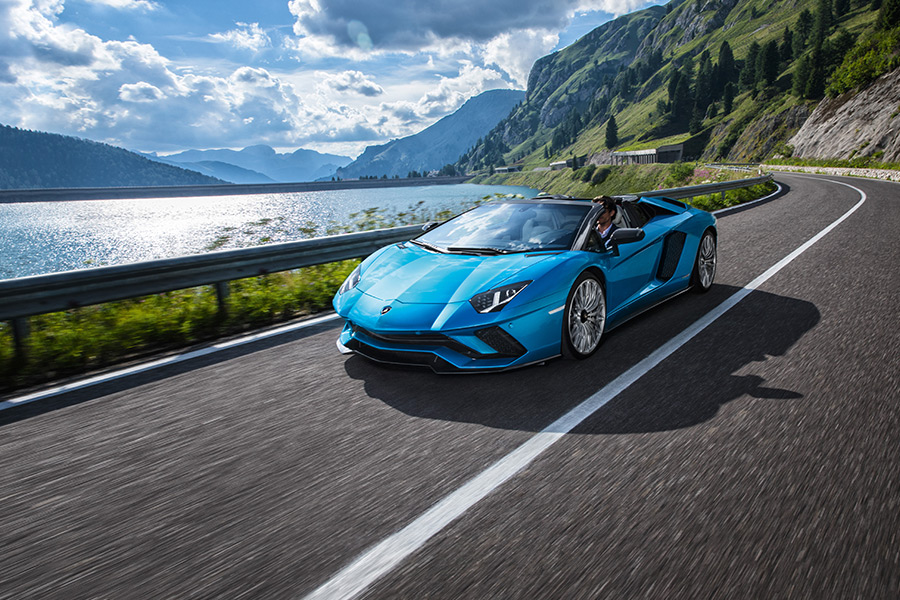 At Nobleman Magazine, we test a lot of supercars in an ongoing search to bring our readers the best of the best – cars that give the driver more than just a ride from point A to B – and instead, precision engineered machines that give you butterflies in your stomach no matter how many times you’ve fired up the engine.

As sports car manufactures attentions begin to shift from over the top to efficient and practical, some things are getting lost in translation. Speeds are increasing, weight is being reduced, traction is getting better, but there is one thing missing: Soul.

While sure, the aforementioned factors are important to curating the “perfect drive,” they are not the only deciding factors. Ask anybody with a passion for motoring to name an unforgettable car and they’re likely to raddle off a list of supercar royalty: The Lamborghini Murcielago,Lamborghini Countach, Ferrari Testarossa, the Ferrari F50, and the Jaguar Sport XJR-15, all cars that have been firmly etched into history books and childhood memories. And what do all these cars have in common? Well, they all are visually arresting for starters, but it’s more than that. It’s in the cars DNA.

When it comes to car acoustics, nothing sounds better than a naturally aspirated V12 motor. Nothing compares with the depths and symphony of tone range that come out the tail pipe. Used In formula one racing for over 15 years, the V12 has a racing pedigree. 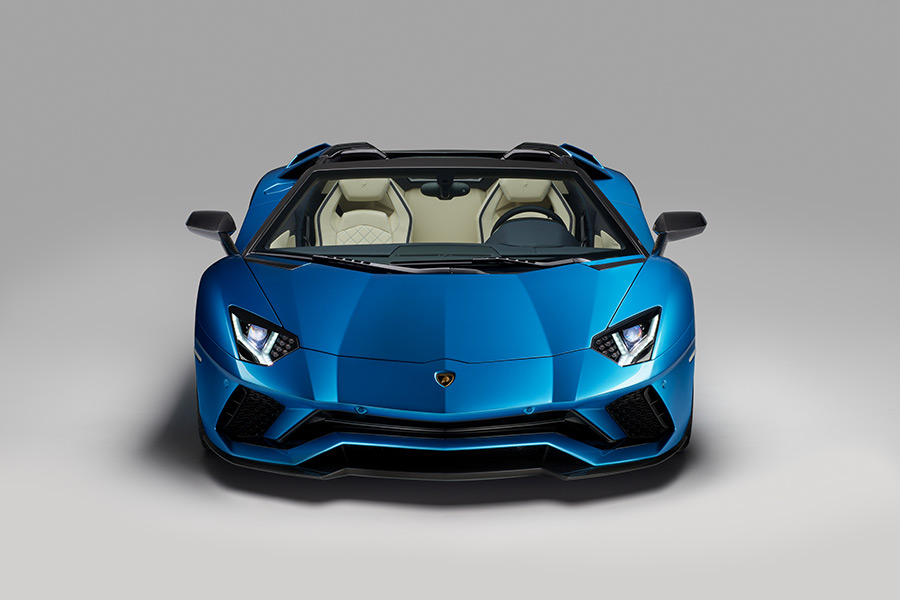 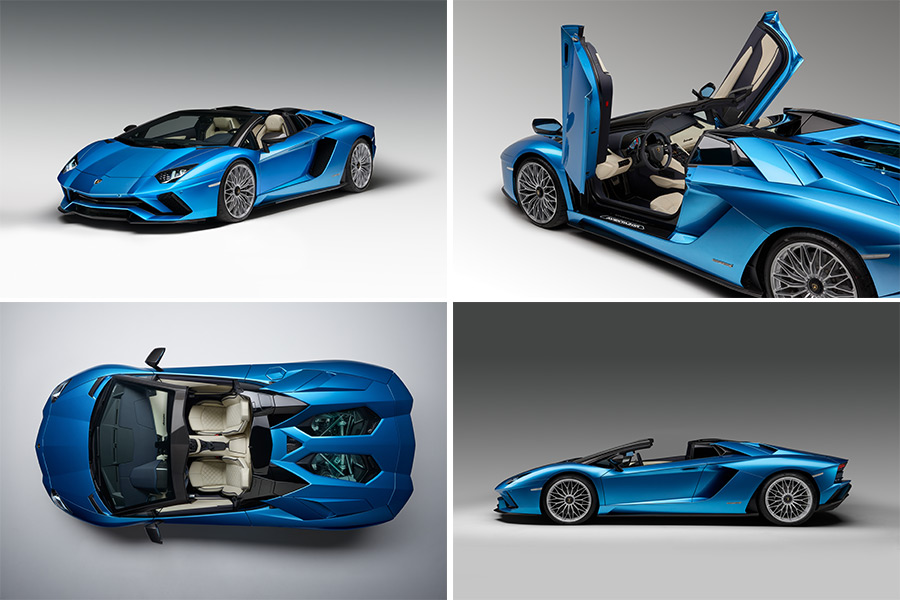 While there are a few supercar manufactures that still offer a V12 configuration, there is only one new V12 mid-engine car not built in a shed and below the sub-one million price range. That’s the 2018 Lamborghini Aventador S. A car so low to the ground that you have to consider your entry strategy, so wide you’re always wondering if you’re in the correct lane, but ultimately, one that takes your breath away. What sets the Aventador S apart from its competition is Lamborghini’s commitment to
creating a machine that transports you to your most enjoyable moments in life. As soon as you enter the car you are immersed in a fighter jet like environment, all centered around the engine start button placed square in the middle of the cockpit, seemingly guarded under a red protective cover, just begging to be pushed. Once your settled and buckled up, lift the lid and fire up the massive 6.5L naturally aspirated V12, pull the right paddle shifter to engage the seven speed single-clutch gearbox and prepare for takeoff.

The cars low center of gravity and four wheel steering system make the driver feel like an extension of the vehicle but with enough bark coming from the screaming 740hp motor to let you know when you’ve had enough fun. Let’s hope the tradition of childhood imagination does not die with the Aventador S and the soul of the over the top mid-engine V12 supercars lives on. 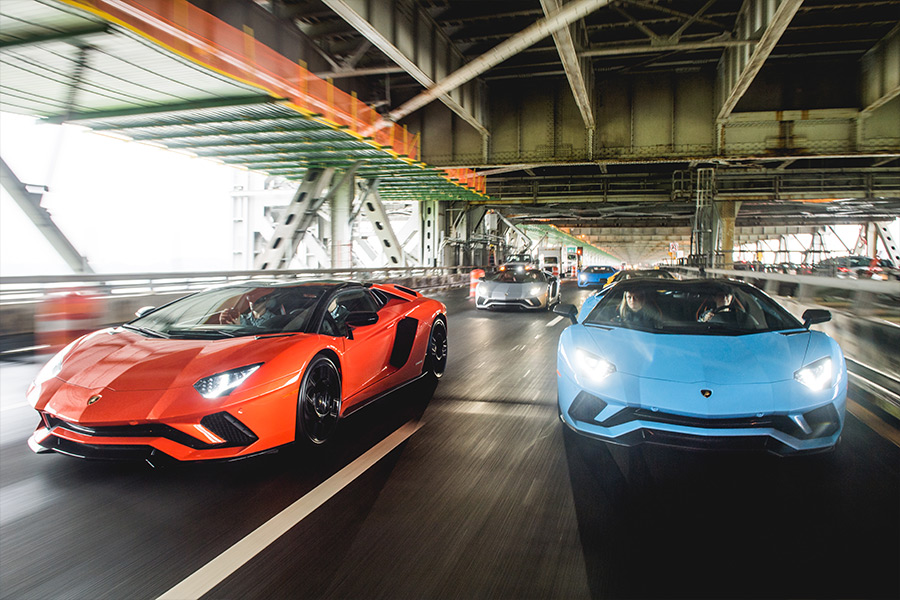 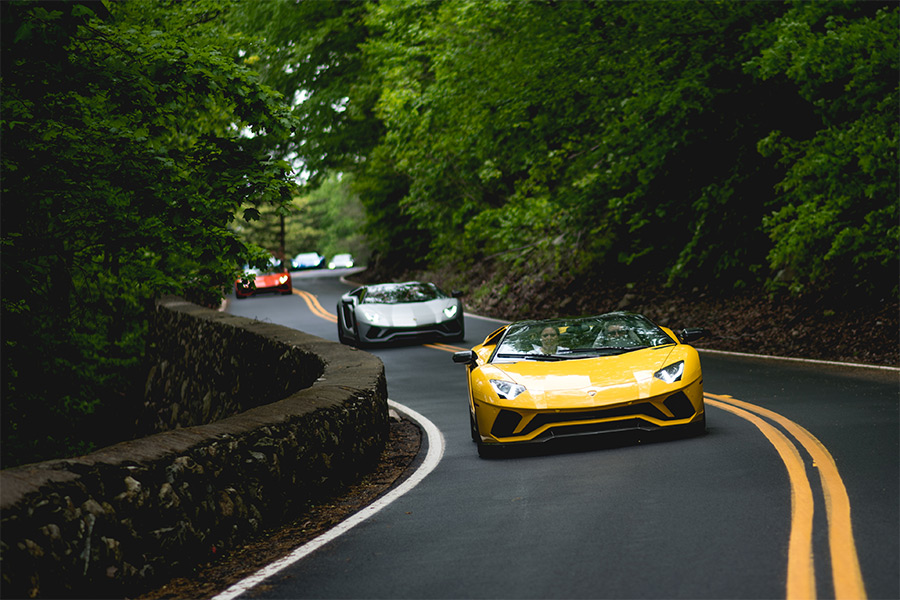 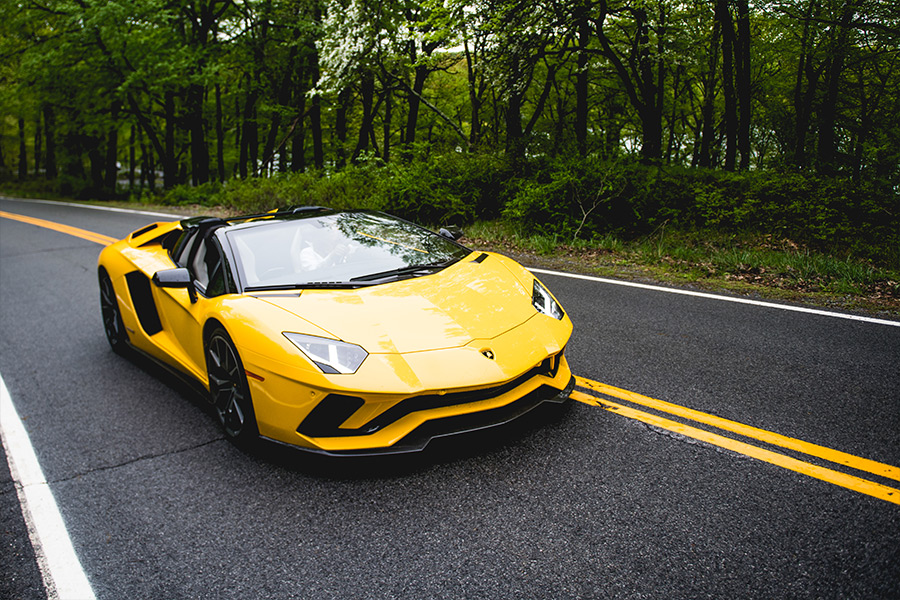 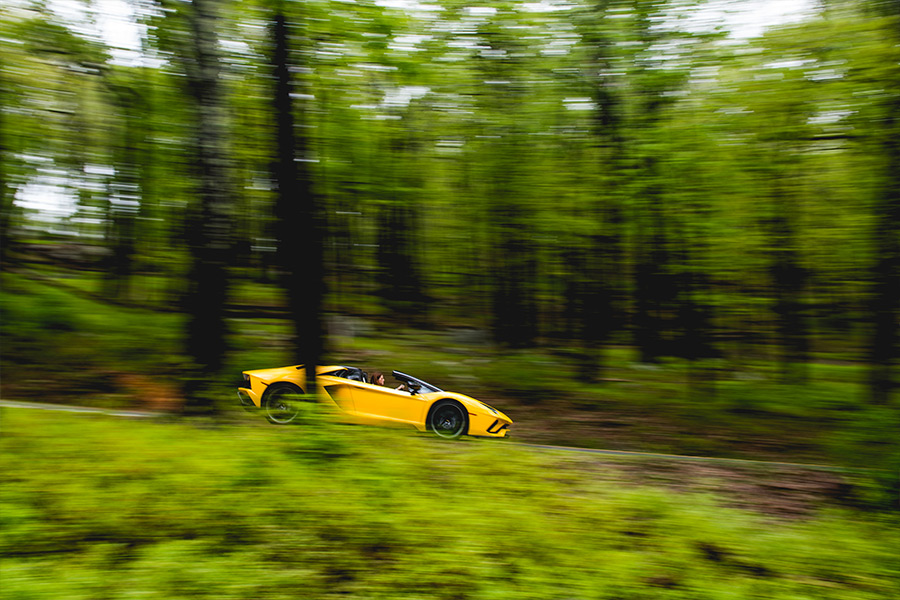