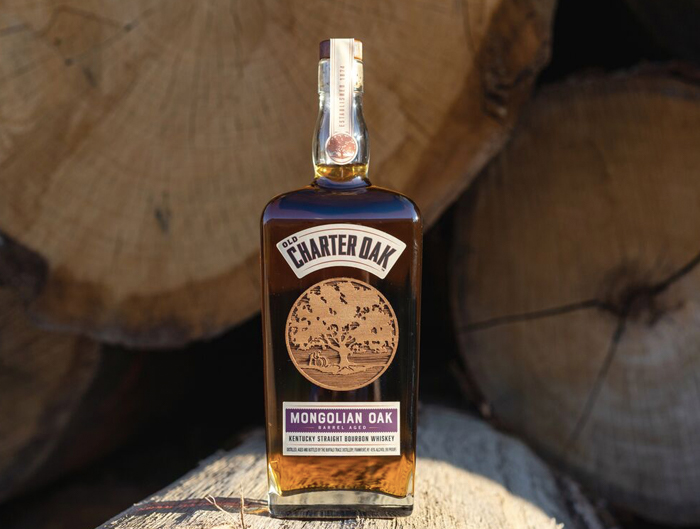 Have you ever wondered how barrels made from trees that grew in different countries, climates, and soil would affect the flavors of the whiskey? Buffalo Trace Distillery began questioning this about 15 years ago and took it to an entirely new level, resulting in a re-imagined whiskey brand called Old Charter Oak. Our story begins in 2012 when Buffalo Trace acquired Old Charter and ever since has been trying to drum up ways of getting consumers excited about a long- forgotten mainstay of a bygone era. A brand fondly remembered by your parents’ generation as a workhorse and rooted in southern tradition, quietly, 15 or so years ago, that all started to change.

A few guys over at Buffalo Trace got to thinking about what the Old Charter brand stood for and traced the story back to the American Oak trees that were used to transfer messages during the American Revolution. What better way to pay respect to whisky’s heritage than to tell the story of the oak trees that bear its name, oak from Massachusetts, oak from France, Canada, Mongolia. Every oak tree has a different story, and in January, a select few will get the opportunity to try the first expression in a long-standing line celebrating the oak tree and the areas in which it grew. The bottles are comprised of just seven casks, half empty from evaporation and tireless tasting to find the right flavor. After ten years, the first expression was ready to be unveiled, not the oldest of the oaks they started this project with, but the one that was ready first: The Mongolian oak. Each barrel comes from a cooperage in Spain about four times the cost of an American White Oak barrel. The result is an exotic mix of Mediterranean spices and toasted oak wood flavors.

Mongolian oak will be followed up by French Oak next Fall, and Canadian oak in early 2020. Because the mash bill and area of the rick house remain the same, each new expression will allow whiskey drinkers to hone in on individual oak notes from different parts of the world. Dense woods from cold regions, porous woods in warmer climates, different spice notes are based on the soil. As one of the higher-priced American whiskey category, it’s sure to become what bottle collectors will be paying for, long after the shelves are empty.